Increase in child poverty rates since 2014 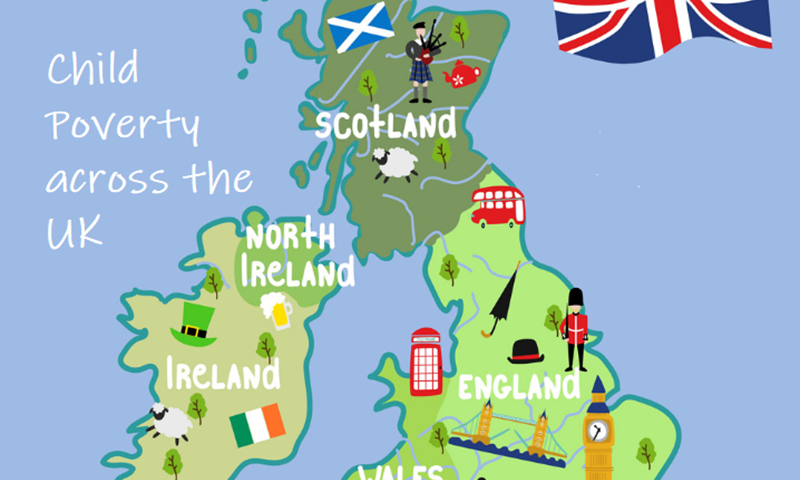 New research finds that child poverty rose across the UK between 2014-19 by an overall 2.8%. This is even before the impact of COVID-19 on household incomes which is likely to have deepened child poverty further. The End Child Poverty coalition has called on UK Government to commit to an ambitious strategy to end child poverty.

In March 2020, the Department of Work and Pensions and HM Revenue and Customs (HMRC) produced a new set of local indicators of child poverty. Before these indicators were developed, previous HMRC reports on children in low income families corresponded poorly with more direct survey evidence. These new indicators look directly at most of the income sources reported for tax, tax credit and benefit purposes for individual families and can be used to examine the whole population and not just a sample. This is beneficial as child poverty can be estimated at a local level as a result.

Using these indicators, research conducted by Loughborough University found that children in some parts of the UK are six times more likely to grow up in poverty, in contrast to their neighbours in less deprived areas. Glasgow Central constituency was identified as having the second largest increase in child poverty (11.6%) in the whole of the UK. The research also revealed an increase in the proportion of children in poverty with at least one parent in work, with 80% of children in poverty in some parts of the UK being part of ‘in work’ families. This was particularly the case in areas of London. More broadly, two thirds of these children across the UK were found to have been in poverty in 2018-19, which is an increase of four percent over the previous four years.

A deep concern raised by End Child Poverty Coalition is that a recent ONS analysis, carried out 17-27 April 2020, showed just under one in four adults (23%) said the coronavirus was affecting their household finances. The most common impact in this group was reduced income (70%), with nearly half saying they had used savings or borrowed to cover living costs. Campaigners are fearful that the added impact of COVID-19 on household budgets could push struggling families over the edge and areas starting off with a high rate of child poverty could see many more additional children pulled into poverty.

“We may all be experiencing the storm of Coronavirus together, but we are not all in the same boat….This is why we are asking the government to strengthen the social security system which is there to hold us steady during tough times, by immediately increasing household income for those least well-off… Ending child poverty must be at the heart of the Government’s plan for economic recovery, so that when this crisis is over all children can enjoy a life free from poverty in which they are healthy, can thrive at school and have opportunities for the future.”