Date: 19th November 2019
Category: Respect for the views of the child 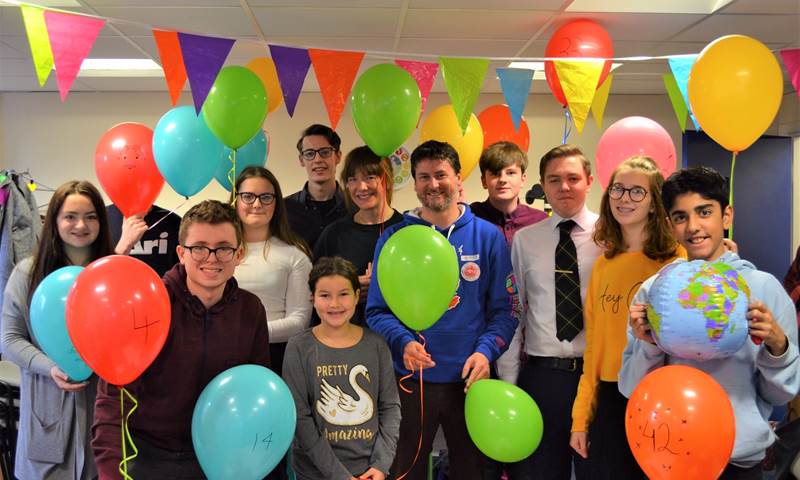 The first phase of the Panel began in August 2018 with the aim of ensuring that children and young people’s voices were heard in discussions about leaving the European Union. Together and Children in Scotland are delighted to announce the second phase of the project, including the recruitment of new members.

The Panel previously consisted of 19 members aged 8-19 years. All were too young to vote in the EU referendum. The next phase will involve 20 children and young people, including some of the previous Panel members.

In the first phase, Panel members identified their priority issues in relation to leaving the EU and made recommendations for the Scottish Government, UK Government and EU decision-makers. The Panel's report "Listen to Us" was published in February 2019 and contains their recommendations. During the second phase, the Panel will meet eight times between December and July 2020 to share their views, learn more about the process of leaving the EU, and find out what other children and young people across the United Kingdom have said, before deciding what they want the priorities to be for the future.

The Panel, funded by Scottish Government EU Directorate, will make recommendations to the Cabinet Secretary for Government Business and Constitutional Relations, Mike Russell. It will maintain links across the Scottish Parliament and wider civic society through the Children and Young People’s Cross- Party Group and other relevant organisations.

We want to hear from people aged 8-20, with a diverse range of political views and opinions. We are also particularly keen to hear from children and young people with disabilities, people born in the EU or whose parents are EU citizens, and LGBTQ+ people.

Children and young people interested in joining the Panel can apply by sending a consent form and responding to the questions below in whatever form they prefer (written, filmed, drawn, or any other way):

The applications should be sent to Jemma Tracey: jtracey@childreninscotland.org.uk, by Thursday 5th December 2019, 12:00.

Applicants would be expected to attend the informal recruitment day at the Children in Scotland offices on Saturday 14th December, from 10.30am to 3.30pm.