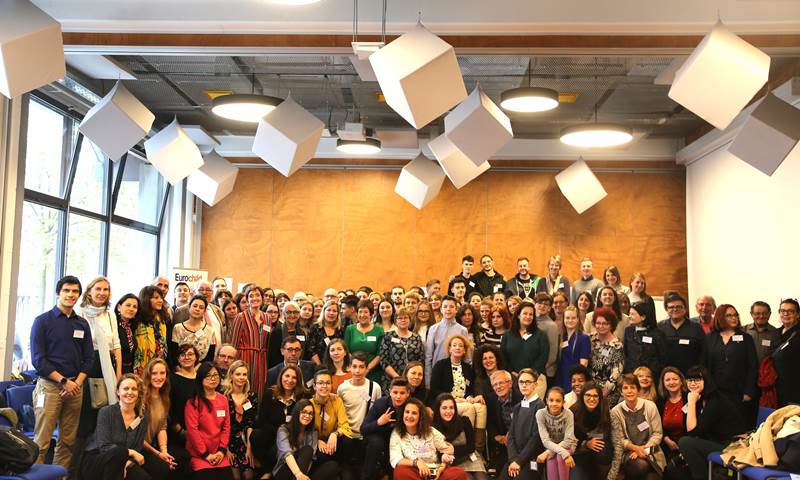 Together's Legal and Policy Manager joined delegates from across Europe at Eurochild's General Assembly in Brussels on 17-18th April 2019.

Eurochild is an advocacy network of organisations working with and for children throughout Europe, striving for a society that respects the rights of children. Bringing expertise from its membership, the network influences policies, builds internal capacities, facilitates mutual learning and exchanges practice and research to support the children’s rights sector.

More than 150 participants attended to celebrate the network's achievements during 2018 and make plans for the coming year, making this the largest gathering in the organisation's history. The network continues to grow, with 17 new organisations approved as members during the event.

The General Assembly marked the last public event for members of the outgoing Eurochild Children's Council (ECC), who were thanked for their hard work as they passed the baton on to members of the new ECC. Delegates also welcomed the organisation's new President, Marie-Louise Coleiro Preca, formed President of Malta, who told delegates:

"I’d like to use my time as President...to establish child participation as common practice across Europe, and to lead the way globally. I also intend to help Eurochild strengthen its ties with international organisations and the Council of Europe. By working with its 47 member states and their respective Parliamentary Delegations, Eurochild can bring children’s rights into the core of Parliaments across the European region"

The following documents were launched at the General Assembly: