Date: 4th December 2018
Category: Respect for the views of the child 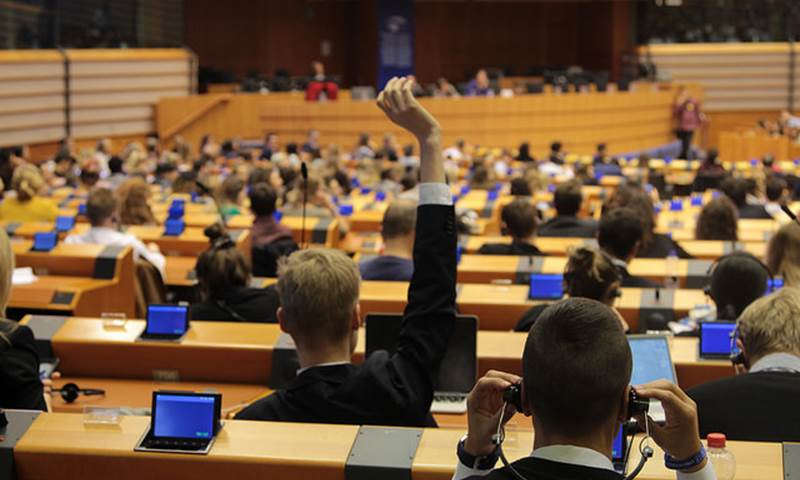 The children debated with Members of European Parliament over two full days in the European Parliament, highlighting the main concerns that children have raised in the survey. As outlined in this short report, the possibility of violence and threat of climate change were noted as two of the main concerns that children have about their future in Europe. Stopping bullying and making sure that no one is treated badly because of being different were highlighted as some of most important issues for ensuring children feel safer at school.

The survey results (thus far) also reveal that 2/3 children feel positive towards people from other countries and are keen to welcome and get to know individuals from other cultures and countries / or with different religions and languages.

With regards to children’s views on what the European Union can do to make Europe a better place for children and young people, children recommend the following three priority areas:

3.      Helping to make sure everyone is treated equally

In order to make these recommendations a reality, the report asserts that “Children’s rights should be at the heart of EU internal and external policies” and that decision makers must involve children and young people in the global, European, national policy discussions.

The report’s recommendations and actions are particularly timely given the current negotiations taking place which will determine the UK’s relationship with the EU following Brexit in March 2019. Leaving the EU will have widespread consequences for children. As the youngest in our communities, children shall face the long-term impact of Brexit and accordingly have the most at stake in the outcome of the Brexit negotiations. However, children did not have a vote in the referendum nor did either side of the campaign make efforts to engage meaningfully with them.

Together is working in partnership with Children in Scotland to facilitate the Children and Young People's Panel on Europe which will provide advice to the Scottish Government on issues related to Brexit.