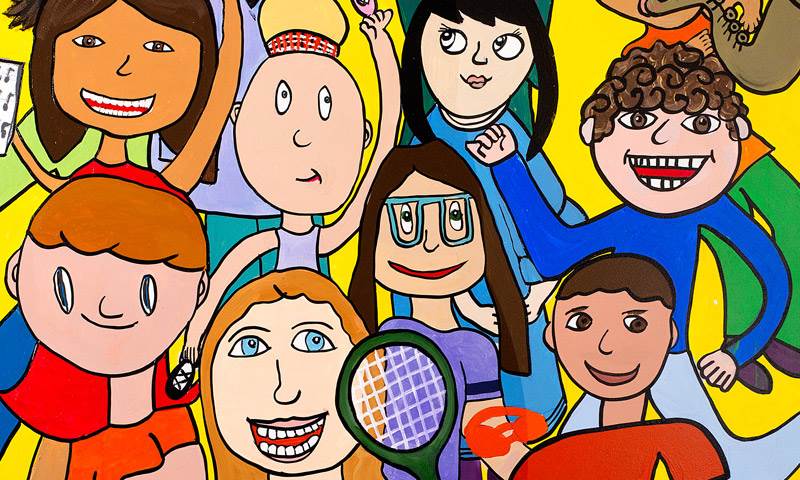 Children and young people from Children’s Parliament, Scottish Youth Parliament and Who Cares? Scotland are preparing to travel to Geneva with Together (Scottish Alliance for Children's Rights) and Bruce Adamson, the Children and Young People's Commissioner for Scotland, to take part in the United Nations Committee on the Rights of the Child’s Day of General Discussion (DGD).

For the first time, the DGD been designed in collaboration with a global Children’s Advisory Team established by Child Rights Connect with support from Dr Laura Lundy and Dr Michelle Templeton at Queens University Belfast. Twenty children from across the world were selected to be part of the Children’s Advisory Team at the beginning of the year and have been working together using an online platform to plan the event. All Child Advisors will have a role in delivering different aspects of the DGD on the day itself – chosen by the children to reflect their individual interests.

Hannah and Cameron, 12 year old Members of Children’s Parliament (MCPs) from East Lothian, are the only children from the UK on the Children’s Advisory Team. Alongside their international role with the Children’s Advisory Team, Hannah and Cameron have been working with ten other child Human Rights Defenders from East Lothian to gather the views and experiences of children in workshops across Scotland with Children’s Parliament and the Children and Young People’s Commissioner about which rights they feel need to be defended in Scotland and what adults and children can do to defend these rights. The 12 children have created five giant papier-mâché shields, each representing rights children across Scotland feel need to be defended, which will be displayed at the DGD exhibition. All 12 children will travel to Geneva to participate in the DGD and give tours of the shields to other international guests and participate.

Members of the Scottish Youth Parliament (SYP) will also play a prominent role in the DGD, hosting a side event bringing together children and young people from other countries across the world to explore the role of youth parliaments in relation to the overarching theme of children defending human rights. This is particularly pertinent to SYP’s current campaign ‘Right Here, Right Now’, which has evidently impacted upon the First Minister’s 2018/19 Programme for Government, which states the Scottish Government’s decision to incorporate the principles of the UNCRC into domestic law.

A young person from Who Cares? Scotland will be speaking in one of the working groups taking place in the Palais de Nations in the afternoon sessions of the DGD. The young person will be a panellist alongside a child Human Rights Defender from Benin, exploring the experiences of children as human rights defenders in alternative care.