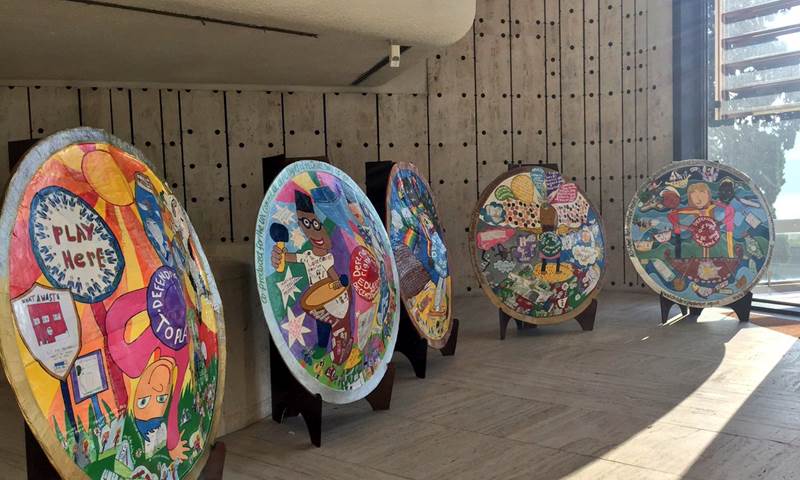 Children and young people from across Scotland are preparing to travel to Geneva for the UN Committee on the Rights of the Child’s Day of General Discussion (DGD) which takes place on Friday 28th September 2018. The theme of the one-day event is ‘Children as Human Rights Defenders’.

Together (Scottish Alliance for Children’s Rights) has played a lead role in supporting and coordinating its membership ensure children and young people from across Scotland are able to take part in the DGD, share their experiences with others across the globe and bring back learning to support children and young people who are human rights defenders in Scotland.  Members of Children’s Parliament, Scottish Youth Parliament and Who Cares? Scotland will all be playing an active role in the day.

For the first time, the DGD been designed in collaboration with a global Children’s Advisory Team established by Child Rights Connect with support from Dr Laura Lundy and Dr Michelle Templeton at Queens University Belfast. Hannah and Cameron, 12 year old Members of Children’s Parliament (MCPs) from East Lothian, are the only children from the UK on the Children’s Advisory Team. Alongside their international role with the Children’s Advisory Team, Hannah and Cameron have been working with ten other child Human Rights Defenders from East Lothian to gather the views and experiences of children in workshops across Scotland with Children’s Parliament and the Children and Young People’s Commissioner about which rights they feel need to be defended in Scotland and what adults and children can do to defend these rights. The 12 children have created five giant papier-mâché shields, each representing rights children across Scotland feel need to be defended, which are part of the DGD exhibition running from the 17th -28th September. All 12 children are traveling to Geneva to participate in the DGD and give tours of the shields to other international guests before and after the Exhibition Reception.

The Scottish Youth Parliament is inviting children, young people and all others attending the UN Day of General Discussion to join their DGD side event "Youth Rights Defenders: Assemble!"  This event will explore what youth parliamentarians do locally, nationally and internationally as human rights defenders.  Attendees will hear from a group of Members of the Scottish Youth Parliament about how they defend the rights of the young people they represent, what challenges they face, and explore what lessons can be learned from their experiences.  They will also be able take part in a comparative panel discussion including youth parliamentarians from across the globe.   The session will be chaired by the Children and Young People's Commissioner for Scotland, Bruce Adamson, and will include an address from the Scottish Minister for Children and Young People, Maree Todd MSP.  The event is sponsored by the UK Mission in Geneva, with financial assistance from the Scottish Government.