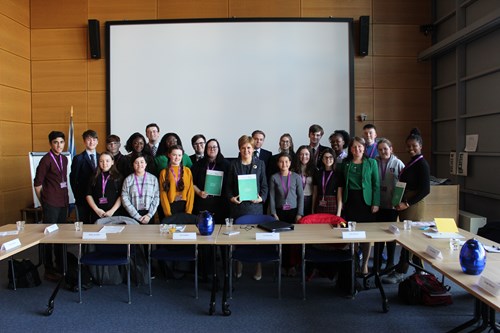 The Children and Young People’s Panel on Europe was established in August 2018. It is made up of 19 children and young people aged 8-19 from across Scotland. All members were too young to vote in the 2016 EU referendum but are clear that their voices matter and they have a right to be heard.

Working with Together and Children in Scotland, members of the Panel identified their priority issues in relation to Brexit and made recommendations for the Scottish Government, UK Government and EU decision-makers.

The Panel's report "Listen to Us" containing their recommendations was published in February 2019 and covers topics including:

Drawing on the second phase of the Panel's work, a report titled, 'Young Brexit Voices: It’s Our Future Too' has been written and published in December 2020. The Panel want this report to be used as a tool to inform decision-makers about what sort of a country children and young people want to live, in as the UK leaves the EU. 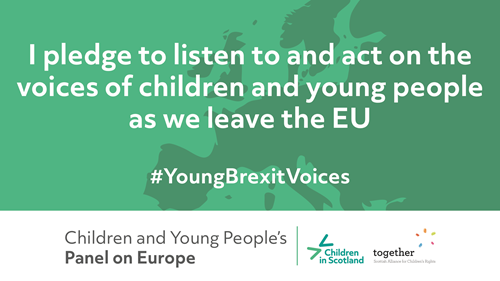 The Panel's infographics can be downloaded and viewed by clicking on the following links:

Opportunities to Work, Study and Travel in the EU
- Information for Children and Young People